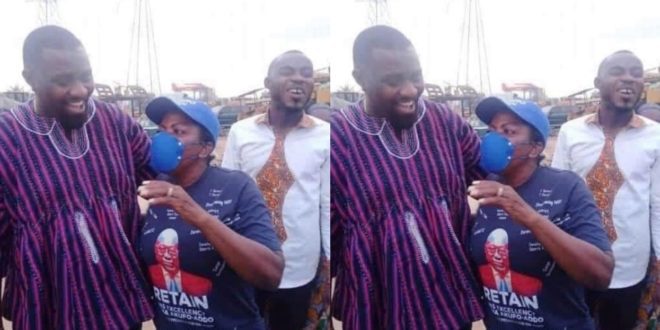 John Dumelo meets Madam Lydia Alhassan; it was all fun and love

Politics as they usually say is just a game and after vigorous jabbing between opponents, one is expected to leave everything behind and not hesitate to continue in peace and respect. John Dumelo and Lydia Alhassan have set an example of this.

The two have on some campaign platforms jabbed each other as they bid to win vote toward the forthcoming December Election. with these people expected some bad blood between them but that happens not to be the aces.

In this heart-warming picture circulating widely on social media, the two (John Dumelo and Lydia) are seen hugging each other which typifies the love and respect for each other. However, it is unclear when the picture was taken but we are happy to see them exchange pleasantries.