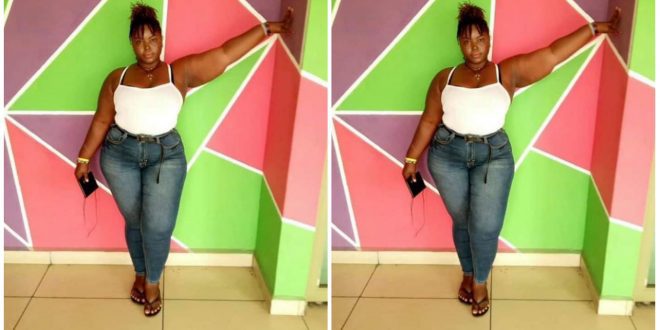 A source has alleged that Joan who is now live on TV3 Date Rush to pick her desired lover for a date is was deported by her parents from the United States to Ghana because she is mentally ill and a drug addict as well.

It is quite unfortunate that due to time factor, the organizers for the recent popular series on TV3, Date Rush aren’t able to dive deep into the backgrounds of the contestants. this indeed cover-up for people with bad records leading to some innocent people being matched to such people.

According to the close source, Joan, was in a rehabilitation center in the United States for months as a result of her drug addiction before her parents took a firm decision and deported her to Ghana.

The source claims Joan is still mentally not well and as a result of that, she was once suspended as a registration officer at the National Identification Authority (NIA).