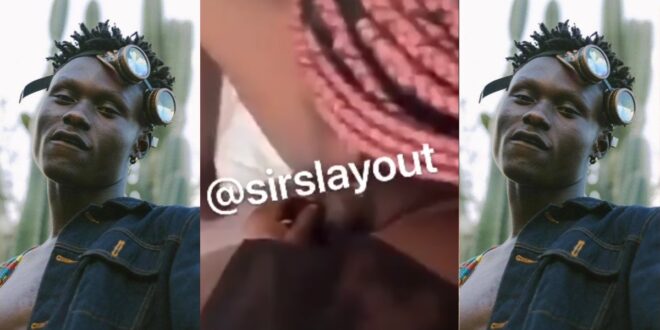 Jay Bahd, a member of the Asakaa Boys, has been making headlines for all the wrong reasons since releasing an explicit video on social media just a few hours ago.

In the ‘leak,’ the ‘Condemn’ crooner was seen lying on the bed while a lady gave him BJ.

On social media, the video has gotten a mixed response.

The bulk of netizens chastised the fast growing artiste for publishing his own “leak” solely for the sake of gaining fame.

Jay Bahd has eventually reacted to those who chastised him for posting his own “leak” on social media.

“I only sex to release stress”