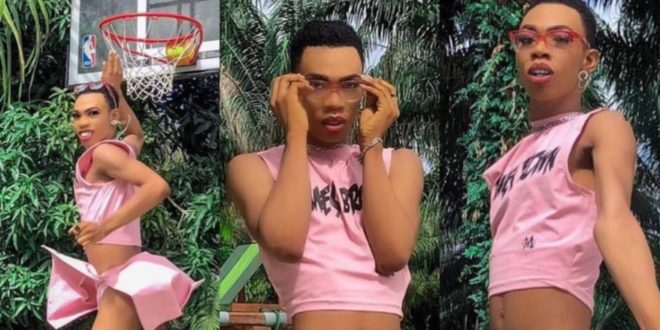 Nigerian crossdresser, James Brown, has been set free as the Court discharges him off his gay case that he was charged with back in 2019.

Without any strong evidence, James and 57 others were arrested for having sexual intercourse with their fellow men, and also according to the State Police Commissioner, Edgal Imohimi, they attempted recruiting other men into their gay act.

James Brown was arraigned for court on Tuesday, October 27, 2020, and he has come out victorious as Justice Rilwan Aikawa who ruled on his case has trashed the charge against the crossdresser saying they lacked ’diligent prosecution’.

Brown announced the closure of his case on his Instagram page and he wrote: I’m free like a bird, homosexuality case closed, congratulations to 57 runaway boys we won, we no be gay.”

The homosexuality charges filed against effeminate dancer, James Brown and 46 others in November 2019 has been struck out by a federal court in Lagos.