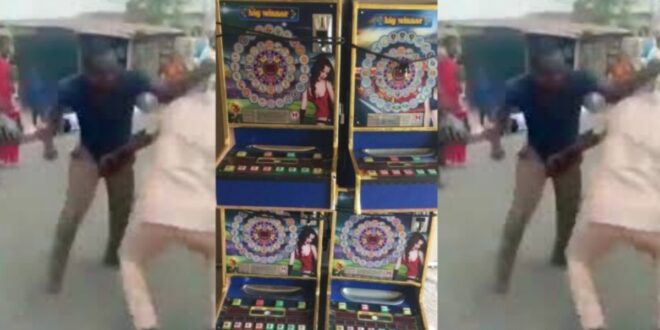 A 32-year-old man in Pakyi No 1 in the Ashanti area was reportedly stabbed by a jackpot owner over a sum of GHC 200 which he allegedly won in a jackpot.

According to the deceased’s wife, Maame Serwaa, one Isaac, also known as Mystical, stabbed  her late husband Kofi Nyamekye in the neck,  over the money he allegedly won after staking a Chinese jackpot run by the latter.

She clarified that the jackpot was won by her late husband, but the perpetrator who fled declined to compensate him for the sum that ended in a confrontation.

After discovering that Kofi Nyamekye was bleeding to death, Mystical fled the scene and has not been seen again.

“This result in a fight, Mystical tried to cut my late husband with a knife but he succeeded in over-powering him and tried to flee the scene. Whiles on his way, he called him, when he turned back, he slit his throat leading him to bleed to death…,” she narrated.

Kofi Nyamekye’s dead corpse was protected by onlookers who later aided the police in moving the body for preservation to the Komfo Anokye Teaching Hospital (KATH) morgue.

The Wife has written on the general public to help locate her dead husband’s killer.