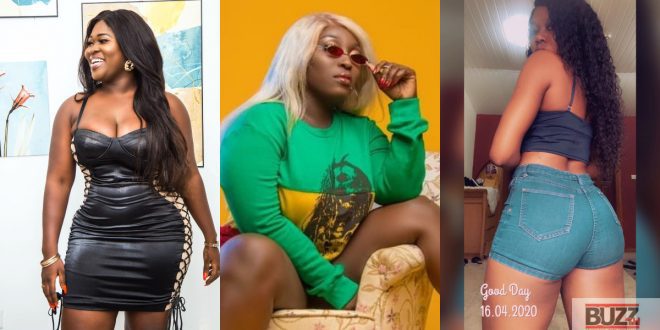 according to Freda, she has two girls who are supposed to join ‘Di Asa’ this year, ‘Di As’ is a dance competition between fat women on Atinka TV.

this comes after Sista Afia trolled in her beef song to Eno Barony that she is fat and needs to partake in ‘Di As’ and stop being a rapper.

Eno also in a reply said they are both fat hence they both need to join ‘Di Asa’.

Freda on the other hand who is also part of the beef took to her Instagram handle and teased them that she will take them to ‘Di Asa’ this season.

“Please when is the next edition for Di Asa, i’ve got some 2 girls who are supposed join”