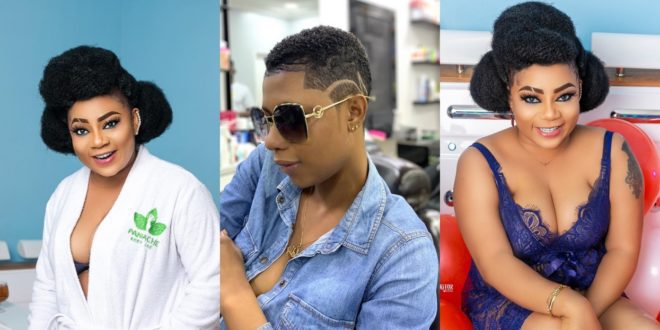 Ghanaian actress Vicky Zugah has subtly reacted to the Selly Galley and the social media user, Henewaa Piesie’s recent issue as she has to spit out a bitter truth about marriage and bringing forth children which people sometimes chip away.

After Henewaa Piesie had a fair share of what she deserved after calling Selly a barren woman and also describing her as ugly under the comment section of her post, torent of people have reacted, expressing their displeasure over such a cruel comment.

Also, Ghanaian celebrities in the likes of Mona Gucci, Kobi Rana, Afia Schwarzenegger, Gloria Sarfo, Nana Ama, and many others have also added their voice as they console their colleague.

Well, Vicky Zugah is the latest to add her voice and it seems she has a different view of the whole situation. In a post, the actress who has on multiple occasions justified herself as not destined for marriage drew attention that marrying and bearing children is not something that is for everybody.