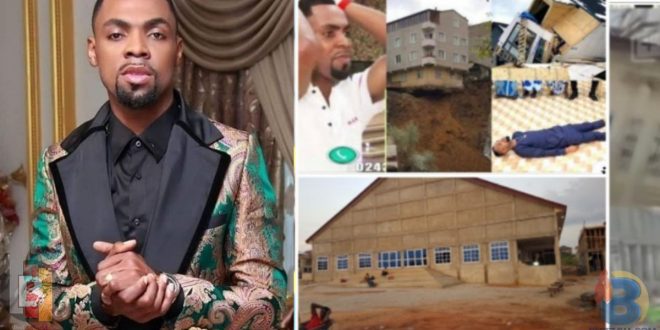 Rev Francis Kwaku Antwi, popularly known as Rev Obofour the founder of Anopited palace Chapel has finally opened up on rumors that have it that his one of the brances of his church has collapsed out of heavy storms.

In the late days of last week, one of the news that made headlines was the Kumasi branch of the Anointed Palace Chapel had collapsed. according to the reports that came, the church building collapsed during a storm that hit Kumasi.

Well, according to Obofour, the rumors going about that his church is all lies and shouldn’t be given attention to.  He rather explained that he wanted to undertake renovation works at the Kumasi branch, hence he allowed the workers to take off the ceiling of the church.

He said similar renovation work is being carried out at the Tema branch of his church. According to him, he would have finished with the Achimota branch but for the designs, he is putting up in front of the church.

He however bemoaned the lack of proper investigation by bloggers and some media outlets before they come up with a story.