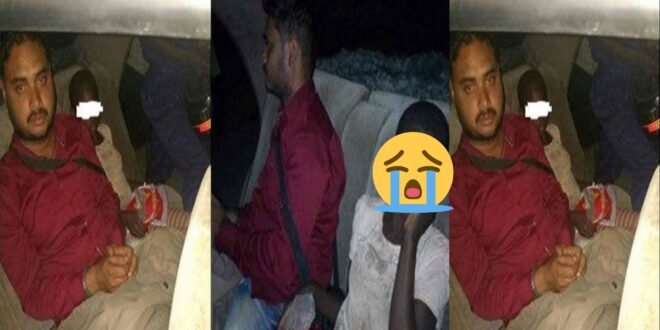 Indian man caught sleeping with a street girl in his car.

When an Indian man was spotted having $£.x with a street kid in his car in the Lusaka region of Zambia last night, he was apprehended by alert members of the public.

The unidentified Indian man reportedly enticed the girl with a meal pack and drove her to the closest intersection, where he exchanged $£.x with her.

However, some passers-by observed a jerking car approaching and discovered the Indian sweating and panting on top of the street girl.

The street girl recounted the experience and explained how starving she was before he picked her up after being given some leftover chicken from Big Bite eatery after he was pulled out of the car.

ALSO READ  After Muslims protested that the billboard outside the Central Mosque was an insult to Islam, it was destroyed.

The Indian was arrested and taken to Kabwata Police Station, where he is supposed to face charges of defilement, [email protected], and gaining a financial advantage over a minor.