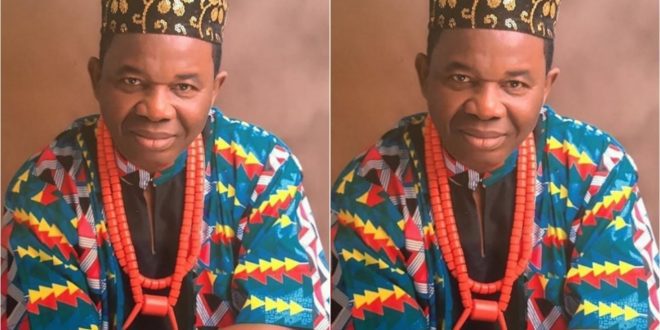 Veteran Nollywood actor and movie producer, Chiwetalu Agu, has declared he is the most handsome actor alive not just in the Nollywood sector but Africa as a whole.

Taking to social media, The 64-year-old actor shared a picture of himself and it is undeniable that the photographer is a pro as the actor looks younger than his age.

The picture captured him in a traditional outfit from head to toe as noted of him. “Still the most handsome actor alive NO Arguments,” the actor wrote as he captioned the post on Instagram.

A little about Agu

Agu was the winner in the first-ever Nollywood Movie Awards 2012 for ‘the best actor in an indigenous movie: non-English speaking language’ for his role in Nkwocha