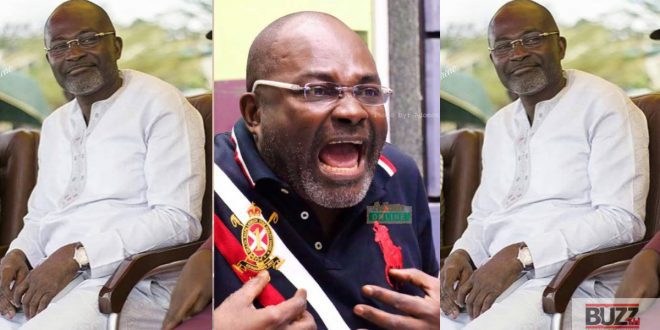 Member of Parliament for Assin Central Kennedy Agyapong has finally reacted to rumors circulating that he wants to destroy churches and pastors following his recent expose’ on some pastors like Obinim.

Weeks ago, Kennedy Agyapong started his investigations on some pastors to reveal that they are fake. Among these pastors was the founder and overseer for the International God’s Way Church, Bishop Obinim. Kenedy Agyapong made some nasty revelations about the so-called man of God and this lead to Obinim being arrested recently by the police.

Owing to this, lots of Ghanaians suggested the parliamentarian just wants to bring down Christianity and has started with churches and pastors.

According to Kennedy Agyapong, he has no bad intention about churches, and all he is doing is to bring a couple of Fake pastors to light.

Speaking in an interview, he said: “Why will I target churches, why will I target pastors, you didn’t use the right word for pastors, you should have used the word fake, fake pastors. Not all pastors are fake, no I wouldn’t stand here and say that there are genuine ones, but there are fake ones. Like Obinim, like Badu Kobi. I can talk about these two people because I have done investigations and have lots of evidence against them.”