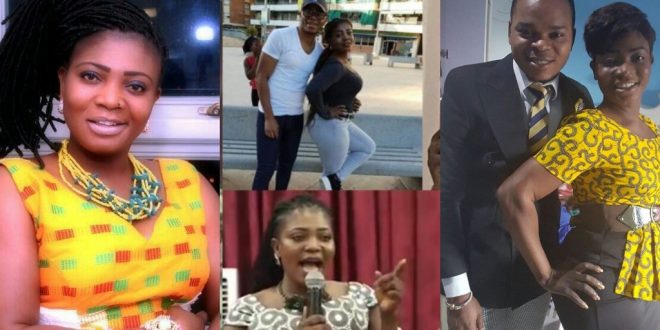 The wife of Bishop Daniel Obinim, singer Florence Obinim has opened up on rumors that she has filed a divorce.

Florence Obinim in a YouTube emphatically stated that she has never and will never file for divorce until God has asked her to.

she stated that the people who planned for her divorce claimed she is filing for a divorce because of Hon. Kennedy Agyapong dropped sex tapes of her husband which is not so.

the gospel singer also questioned the rumors that if Kennedy Agyapong who released the sex tape of her husband have 19 children with different women and yet still his wife has not divorced him how much her, Florence who is a Pastor’s wife (Osofomaame).