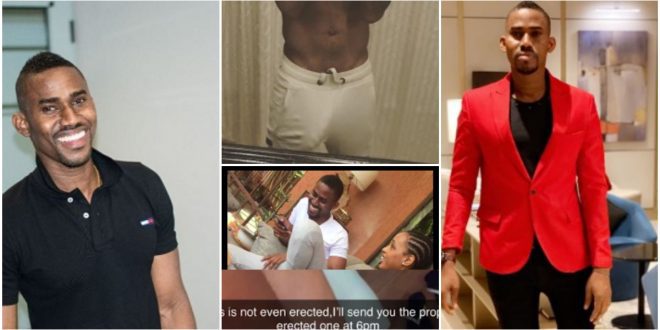 Ibrah One Finally Shows Off His D!ck To Prove That It’s Not Tiny As People Claimed – Photo

in a short recall, Ibrah One’s nude photo surfaced the internet but instead of him getting a hype out of that, he was shamed as media users and his colleagues claimed his d!ck was tiny.

dancehall artiste Shatta Wale was even one of the people who teased Ibrah One that his d!ck is not just small but tiny.

well, through that shame, Ibrah One seems to have gone into a lot of emotional depression as he finally puts a full photo of his d!ck on the media to prove that it’s not tiny.

sharing the photo on his Snapchat page, Ibrah One captioned that even what he is showing is not an erected d!ck and if he shows his erected d!ck, Ghanaians will know that his d!ck is not tinny as they think.

we would love to share the photo with you but our policy do not allow us, just stay around and you will find it.