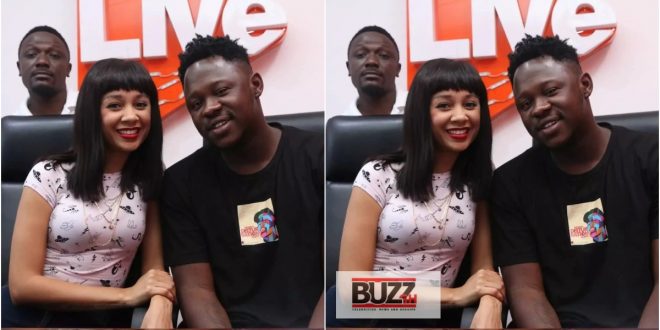 AMG rapper Medikal in an interview as we monitored has nubbed to speak about his ex-girlfriend Sister Derby.

Medikal on Hitz Fm with Andy Dosty refused to talk about Sister Derby when he was asked about her.

the rapper claimed he will not talk about Sister Derby when the host mentioned her name.

Medikal said; “I won’t talk about her”

Andy stressed asking: “I thought you were cool”.

But Medikal merely said: “Next question”