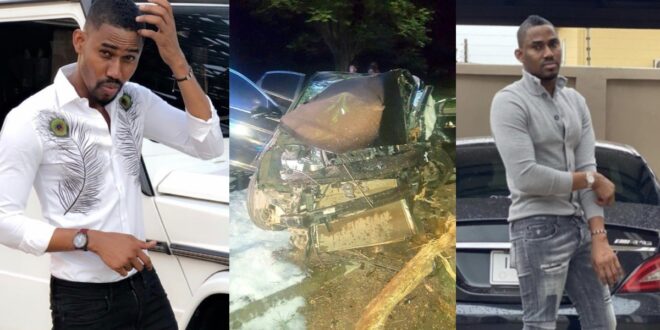 “I wish 5 children of MP’s d!e in car accidents for them to feel the pain we go through” – IBrah One

According to reports, one of the two persons involved in the heinous crash at Ghana’s Kwame Nkrumah University of Science and Technology was the son of a member of Parliament.

The deceased, a final-year medical student at KNUST, is said to be the son of Nalerigu-Gambaga constituency NDC MP Alhaji Seidu Issifu Baba.

This has caused grief to the family, who have stated that the young man’s burial is taking place according to Islamic traditions.

In response to news that an MP’s son died, Ibrah One said that he wishes five MP’s children died in the same way that the new one did so that they could experience the agony that many people who lose families in car accidents go through.