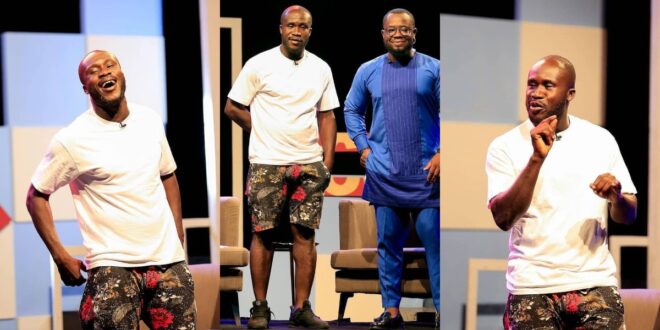 Ras Nene has only revalidated that during an interview with Zionfelix on his uncut show program, he will be withdrawing form acting this year.

According to Ras Nene, he will take a break from his 20-year acting career by the end of 2021, currently “Lykee” who gas is now gaining ground in the comedy industry for his comedic roles in viral YouTube skits.

During the interview, he said:

“I will retire from acting this year, I have found my grounds, it’s now time to support the young ones in the industry. By the end of 2021, I will go on retirement, I am tired”

Lykee clarified He has paid his dues in the industry, , adding that it is now time to groom and inspire aspiring actors and actresses who might require mentorship and guidance.

“I have been through a lot, I have suffered, but through it all, I had patience and trust in God. He has been good to me this past 3 years, but I have decided to quit acting this year. I want to be behind the scenes,”

He also added that,

“I appreciate what I have, there are great men in this country who have died leaving their wealth behind… every ghetto boy is a pastor, I always say this, Shatta Wale is a prophet, he says a lot of things that people don’t understand, same happened with Tupac.”