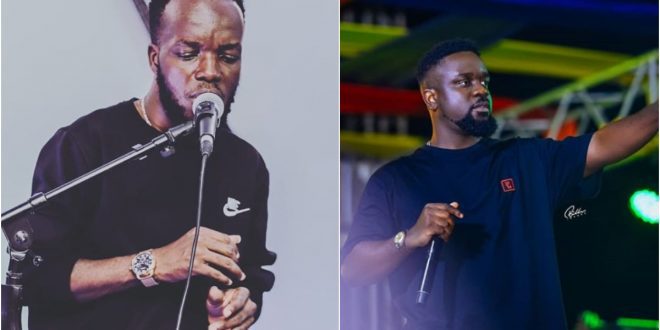 Renowned Ghanaian musician Akwaboah has disclosed that he will no longer work with rapper Sarkodie again.

it appears that Akwaboah was signed under the records label of Sarkcess Music owned by Sarkodie in 2016 but now Akwaboa says he won’t work under Sark again.

according to Akwaboah in a recent interview, he has a lot of things to do and now wants to do them on his own and not under Sark’s label.

“For now I would like to do so many things on my own rather than going back to be under the Sarkcess Music record label….So it’s forward ever.”

though there was no news about Akwaboah and Sarkodie having issues, Akwaboah says he is now moving forward and wants to do things on his own.