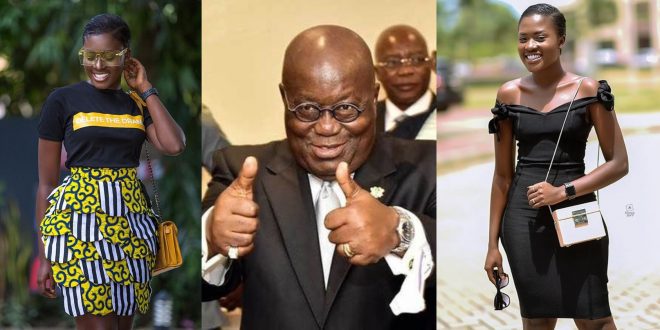 “I will never talk against Akuffo Addo even if I am drunk”- Fella Makafui.

Some few days ago, news came out that Fella Makafui has disrespected the president of Ghana after a post went viral of her describing the president clothes he used for the nationwide address of the covid 19 as cheap.

She came out to clear the air about that with an official statement that said she was not the one responsible for that post and that the account was fake.

Fella has once again revealed in an interview with Asempa FM’s Ekosii Sen, that she will never disrespect the president even if she was drunk.

“The brand Fella Makafui has no political affiliation and I’m more concerned about that,” she said.

“The moment you become a public figure there are some things that you can really control because you have fans who love you and create fan pages to show you love and they are harmless.”

“I was so confused because there is no way I will wake up whether drunk or whatever to talk about the president and I will never do that.”