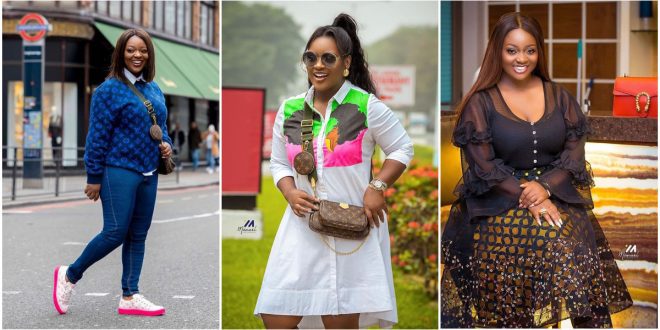 I will never take nude roles. my fans won’t like it – Jackie Appiah reveals

Recently, the Ghanaian actor Jackie Appiah disclosed that she cares about how her fans see her and that she will never sign for a role that requires her to go nude.

This was revealed when she recently hosted a live session on Instagram where she gave the platform to be asked a lot of questions.

When asked if she has an idea about roles her fans don’t like for her to play, Jackie Appiah disclosed that they don’t like it when someone touches her romantically.

“I noticed my fans don’t like it when I’m being touched on screen. There was one time I was in a studio and there was a kissing scene and the guy was like don’t touch her don’t her…they are very protective of me,”