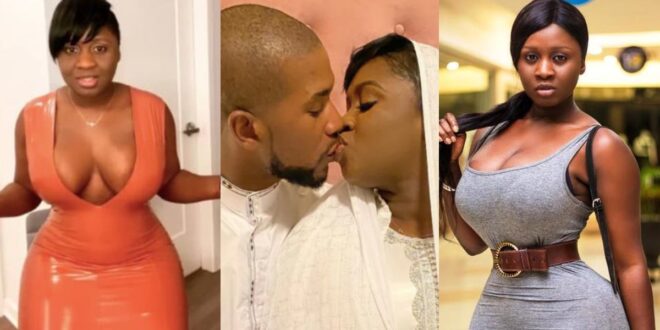 Princess Shyngle, a Gambian-born Ghana-based actress and socialite, has vowed never to marry again after her first marriage ended just two months after she became a wife.

She has vowed that she will stay single until the end of time and will never walk down the aisle with any man.

Since the pain and humiliation of failing to excel in her first marriage has brought grave shame to the faces of her family and friends, she believes it is better for her to remain single.

Though having a Q&A session with her Instagram followers, Princess Shyngle even blamed social media for her marriage’s demise.

“I don’t want to marry any human being again; marriage is done for me.. I also regret making my love life public“