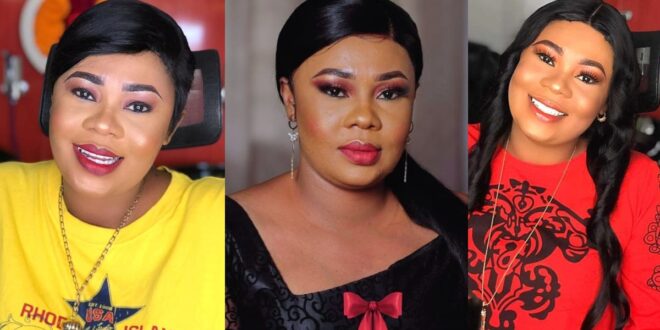 “I will never cheat on my boyfriend”- Kumawood actress Afia Atopa says.

Nana Afia Wrekoaa Ampem alias Afia Atopa, a Kumawood star, has promised not to cheat on her new boyfriend.

She said she has never lied in her life in an interview with ZionFelix on the ‘Uncut’ Show.

Afia made it clear that dating two men at the same time is not an option for her.

She claims she will never consider betraying her fiancé.

She went on to state that her boyfriend is her whole universe.

Afia Atopa acknowledged that her fiancé is a human being who might let her down, but she has prayed to God not to let this happen.

The actress claimed that her new boyfriend had made no effort to disappoint her in their four-year relationship.

She went on to say that her relationship was “great.”

Watch the whole interview in the video below.