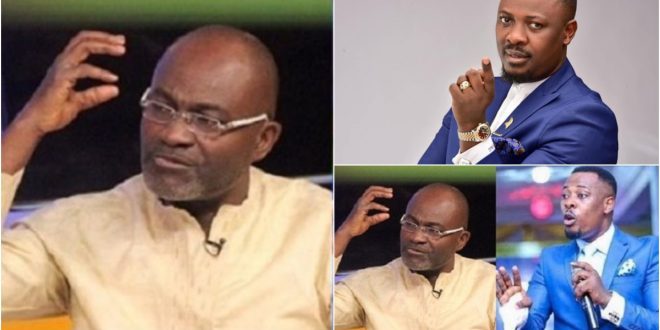 Kennedy Agyapong recently turned his wrath on Nigel Gaisie after he claimed to be done with bishop Obinim. Ken has made many expose’ on the said pastor that has made headlines.

Prophet Nigel Gaisie angrily blasted critics in the recent viral video as he couldn’t take it anymore from the M.P, he instructed Kennedy to Shut up so he does his work. Click here to check that out

In less than a day, The honorable M.P has responded to the prophets trolls at him.

This morning as Hon Kennedy Agyapong was interviewed on a phone call to respond to the battle from the said prophet, Hon ken said:

“I told my wife last night that, I have gotten what I want and I will make sure I strip this guy off so that, he will learn common sense. I knew he will respond and I swear I will make him vomit his nonsense he said against me”