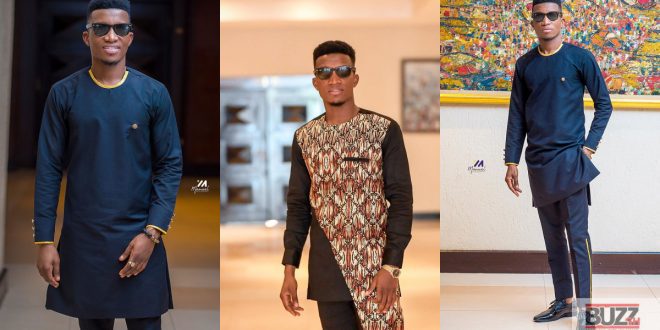 “I will have won VGMA Artist of the year if not for c0rona virus”- Kofi Kinaata.

Ghanaian singer Kofi Kinaata has revealed in a radio interview that he was very sure he would have won the VGMA artist of the year award should it have come on.

He said he has worked very hard in the year under review and was hopeful he will have taken both the artist of the year crown and the most popular song of the year award.

“As for 2019, hands down without sounding arrogant I am by far the artiste of the year and I’m not saying 2020. I did more than any artiste in that year with hit songs, several ambassadorial deals, numerous shows that I performed and on top of all I was adjudged the most influential youth”, he said on Radio Central in Cape Coast.

“This doesn’t mean that if the awards scheme should happen today I would be expecting to win the artiste of the year by hook or crook. I believe I’m the artist of the year in 2019 and anyone’s opinion doesn’t bother me”, he quizzed.

Asked whether Sarkodie’s Ofeetsc song will have given him some competition, Kinaata said even though Sarkodie’s song was a very good song, his song crossed borders.

“Oofeetso is a good song and I really respect my senior colleague Sarkodie. But when we say most popular song then it means that song crossed boundaries which I believe my song ‘Things fall apart’ stands tall”

“That’s the horizon that ‘things fall apart’ attained, it was everywhere and that’s what we call the most popular song” he explained.