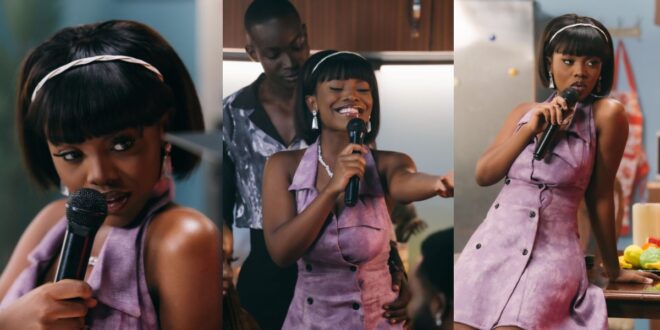 “I will choose money over love everyday”- Gyakie

The ‘Forever’ singer revealed in an interview with Elsie Lamar on Talkertainment that if she had to chose between Love and one that offered gold, she would choose the latter.

“I am a huge fan of cash. Money is something that everybody loves. Gyakie said, “If I had to chose between love and wealth, I would choose money.”

When asked about her plans for a relationship at this time, she responded, “At the moment, I’m concentrating on my studies, but if God sends anyone to me later on, that’s good.”