Coded of 4×4 has declared his uttermost respect for the Butt of a woman by saying he will choose it over the bible.

Coded in an interview with kwaku manu, was asked to make a choice between a woman’s A$$ and the bible, the “eday pain dem” hitmaker chose the first option.

Even though he chose the butt of a woman, he later changed his choice because of fear of been ridiculed by the public, but the host Kwaku Manu said he was not having any of that.

watch a snippet from the interview below.

Popularly known as the webmazta; Cobby Collins is an established web designer, a computer instructor, and content creator. You can contact him via email cobbycollins3@gmail.com or via Whatsapp only on +233204875306 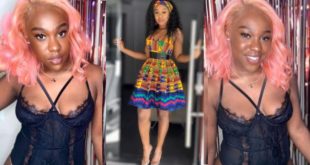 Clemento Suarez: “I Won’t Stop ‘F00ling’ After Marriage, I Paid The Bride Price with It”

Akuapem Poloo Finally Confesses she Lied About Her Recent Marriage

Slay Queen Exposed of Trying to Blackmail Richman with Rape

Army Officer arrested for beating a lady unlawfully at a bank

Check out stunning Throwback Photos Of Clemento Suarez And His Wife

Rebecca Akufo-Addo Poses With Her beautiful Daughters In new Photo

Clemento Suarez speaks for the first time after his private marriage

Powered by BSBWORLD | Designed by webmazta
© Copyright 2020, All Rights Reserved