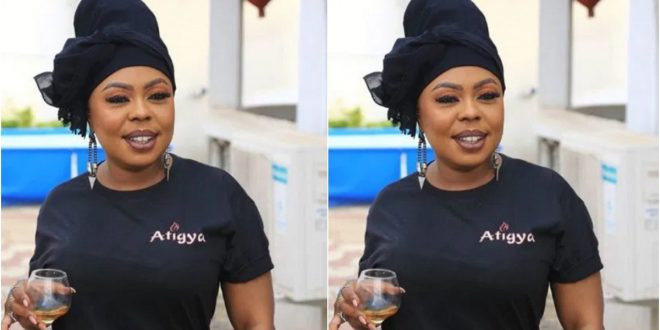 controversial media personality Afia Schwarzenegger has opened up on her struggle before she made success and has revealed she was not having things going her favour despite her fame.

In a new video sighted and spreading online has the self-acclaimed queen of Ghanan comedy giving out a piece of advice to the upcoming youth and according to her, they should not be moved by the pressure most of their celebrities press on them with their lavish lifestyle.

Afia Schwarzenegger based her points on the recent celebrity (Nana Aba Anamoah) birthday gift car turning out to be a fake, advising the youth to not give in to the pressure but wait for their turn.

She stressed that she was once very broke besides being famous with regard to the start of her career as an actor. adding that it is by the grace of God that she sees her self with many mansions as she initially couldn’t even afford to rent one.

among other things, she revealed she used to extend laundry services to Delay during the early stage in her career. she added that at some point she was given a Jaguar by Kasapa Fm but never granted any interview announcing that it was her’s

watch the full video below: