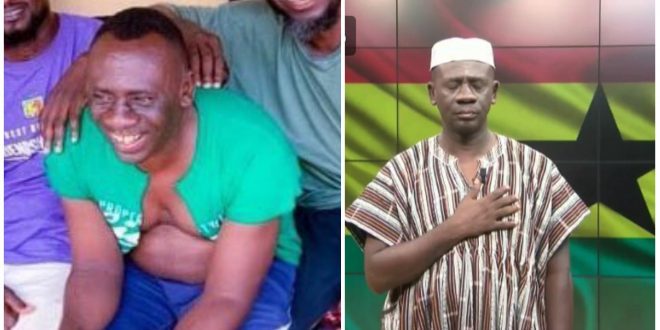 Popular Ghanaian comic actor turned broadcaster, Akwasi Boadi Akrobeto aka ‘Who Nose Tomorrow’, has reacted to the Ghanaian man who abused his 3-year old son for wetting his bed.

According to Akrobeto on his  ‘The Real News’ show on UTV, he couldn’t stop bedwetting until he was 18 so for the man to torture this 3-year-old boy for that then the man needs to checked up upon mentally.

“A child who is only three-years, what sin at all has he committed? According to what people are saying, the child wets his bed. A three-year-old wets his bed and you beat him?”  he said

“As I am sitting here right now, I was almost 18-years-old when I stopped bed-wetting and so when a child who is three years wets his bed, is there an issue in this that you beat him like that. You are not even just a citizen but a National Service personnel so you’re well educated,” he added

Akrobeto revealed it took the intervention of a man of God for him to stop his bedwetting and not being beaten.