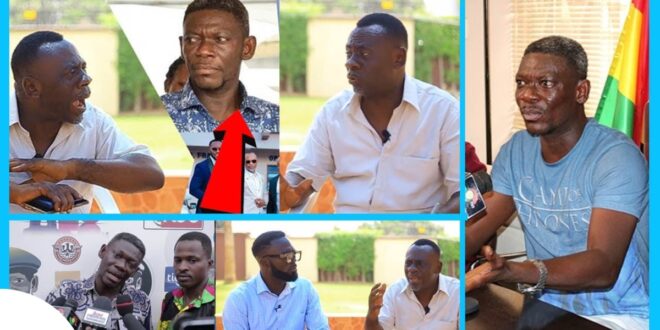 In his early years of acting, the phenomenal Akrobeto disclosed a big option that pushed his career to where it is now.

Speaking to 1Ghana TV, Akrobeto mentioned that Samuel Nyamekye, CEO of Miracle Films, had advised him to quit acting alongside Agya Koo, when he was starting out in the Kumawood industry.

For his impeccable judgment, Akrobeto thanked the movie maker, saying that his guidance helped him avoid the big shadow thrown by the superstar.

Akrobeto stated that after spending a year in Belgium, he only returned to be informed that he had been approached by the veteran film producer, Samuel Nyamekye.

ALSO READ  Kennedy Agyapong has triplets, the oldest of them called Tracey shares 10 facts about herself

The Real News presenter continued that he was recommended to play roles in movies that did not have Agya Koo cast after finding his foot in the Kumawood film industry, so Ghanaians will also see his talent.

This choice altered his future for good, the seasoned actor revealed.