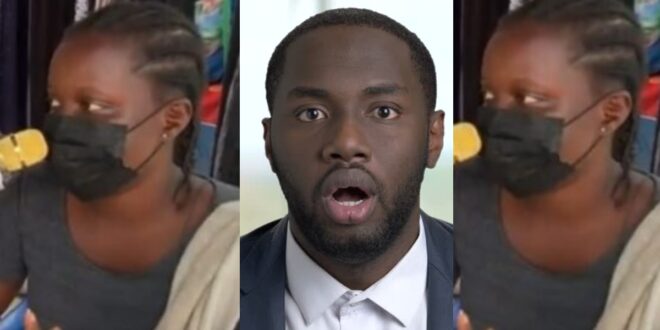 Florence Aboagye, a Ghanaian lady who is a beads seller, has provided a concrete explanation why she will never want to have anything to do with men again, particularly at this point of her life.
She said she’s had enough of Ghanaian men and has finally agreed to live life without them in an exclusive interview with media personality First Lady of browngh.

She has dated three separate guys, according to the woman in her 30s, and all they seem to want from her is sex.

She told First Lady that only one of the three men was active in having sex with her, while the other two were not.

Florence, on the other hand, declined to justify why she just slept with one of her ex-boyfriends.

However, she observed that denying modern men sex results in them giving you true love, so she has taken the wise direction of not removing her panty to any other man, considering her age, because she has had enough.

She admitted that in order to relieve herself from the pressures of strangers, she made the daring decision to lock her pussy and make it inaccessible to men.

Florence said only time will tell when she will make it available again.

Have a peek at the video of her below.