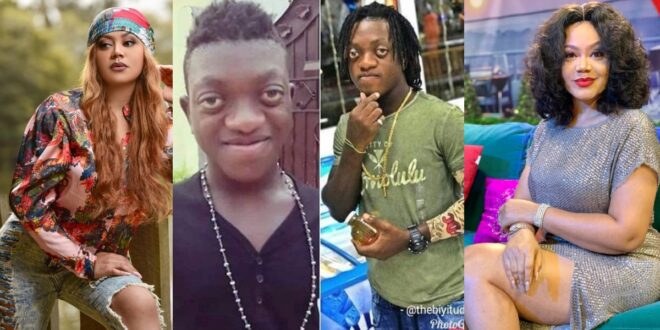 Sumsum Ahuofe has named an actress with whom he intends to perform romantic roles in film.
In an interview with Fiifi Pratt on Kingdom+ Fm, the actor from Kumawood named three female actresses with whom he dreamed of working with.

Jackie Appiah was the first name that he dropped, preceded by Nadia Buari and Martha Ankomah.

He clarified that he had seen Nadia Buari just once in his whole life, at the funeral of the late Kwame Owusu Ansah.

According to Sumsum, it is his dream to play a romantic movie role with Nadia Buari, he said he will show her love she has never seen before.