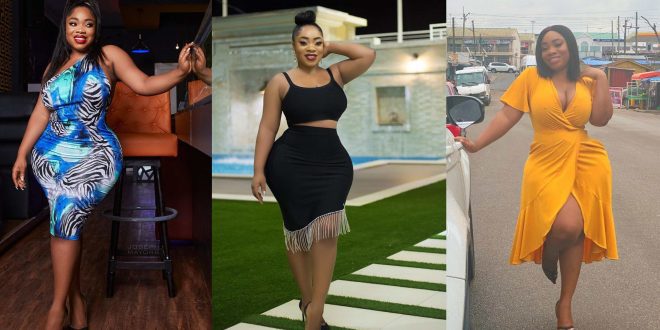 Ghanaian popular slay queen, Moesha Boduong has revealed she once made a vow never to date a guy who broke and gives reasons behind that vow.

According to her, all guys are cheats so she won’t spend time with a guy who will cheat and is also poor. She defended this statement with her bitter experience she claims she had with her 1st boyfriend who cheated on her several times despite being poor. she added that she is not also going in for any guy without a car.

Moesha stated: “My first boyfriend was a man without cash and we were struggling together but he cheated on me several times and got my heartbroken. After such experience, I vowed never to date a broke guy. I can’t date a man without a car, a man with at least a Corolla or a Hyundai isn’t bad for a guy who wants to date me,

She added that: “Sleeping with different men will never make you successful or rich. No man will spend on a hoe, men love women who are exclusive. Don’t believe in everything you read on social media and don’t believe in rumors and gossips”