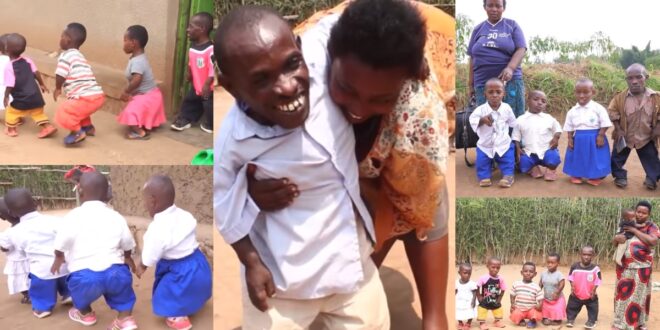 A dwarf man has shared his heartfelt tale of how his wife chose to marry him against all odds and the potentially dark future that lay ahead of her.

He was born a dwarf, according to the father of five daughters, and faced bullies and social marginalization as a child.

Despite this, he claims that his capable wife chose to marry him despite his warnings that it would be “suicide.”

Their ‘abnormal’ marriage resulted in dwarf children. He has since chosen to make a film out of his life story to prove to the world that everyone is equal, regardless of their circumstances.