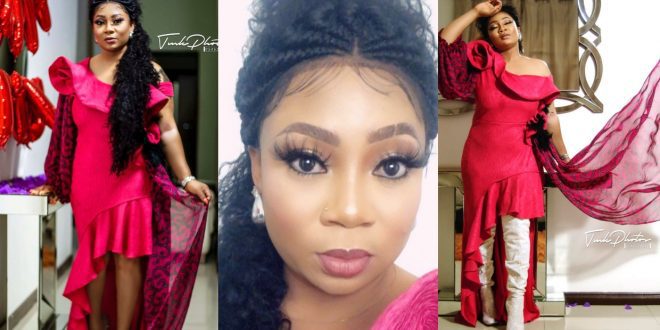 Actress vicky Zugah has revealed in an interview with zionfelix that, due to the fact that she started having sex early in her life, she would not be surprised if her 16 years old daughter has already started as well.

Speaking on the uncut show, Vicky revealed that sex has become so cheap nowadays and it is something parents should educate their wards on.

She said her daughter was in boarding house and her friends could influence her to have sex or even be raped.

watch the chitchat she had with blogger zionfelix below.