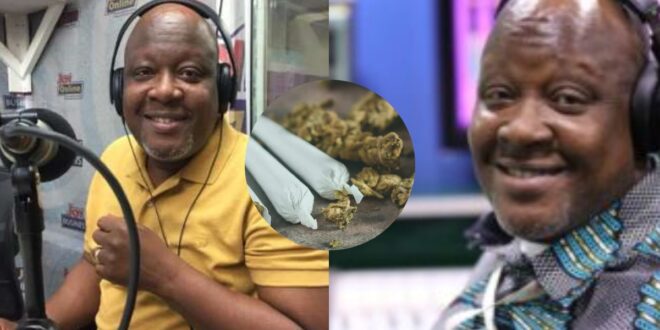 According to Kwame Sefa-Kayi, his call was for the country to hold a mature dialogue on weed legalization, and not about smoking.’

Mr. Sefa-Kayi, who has advocated for the legalization of marijuana cultivation in the country, believes that a mature dialogue regarding marijuana is needed.

In an interview with Joy FM’s Lexis Bill, he was asked if he smokes marijuana, to which he replied that he does not, but rather smokes cigarettes.

He clarified that his campaign was not for smoking marijuana, but rather for its commercial usage in a highly protected and regulated climate.