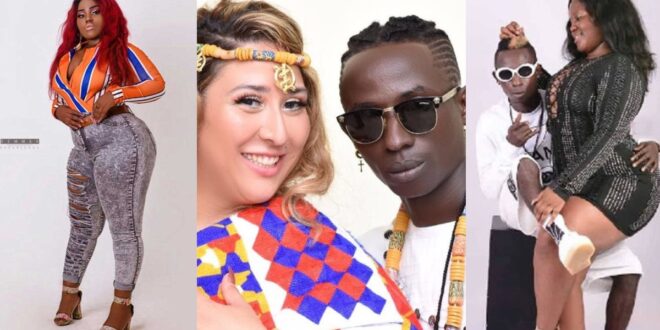 “I slept with Patapaa before his wedding”- Queen Peezy

Queen Peezy, Patapaa’s ex-girlfriend, is also raving about the singer after he married his German girlfriend, Liha Miller.

In an interview with Arnold Mensah Alavanyo on Vibes In 5, Queen Peezy announced that he slept with her three weeks before Patapaa’s wedding.

“We slept together until Patapaa married. In Accra, he pled with me and slept with me. She said, “It was three weeks before his wedding.”

She also claimed that she had no idea Patapaa was passionate about Liha before the news of their dating surfaced.

“Before this lady arrived on the scene, Patapaa and I were comfortable and fine. When he went away, things got worse. He absolutely changed when he returned… I wouldn’t have wasted my time on him if I had known they were going to marry another woman,” she added.

ALSO READ  "Patapaa is an engineering graduate from the University of Colombia and the Oxford University, London" - Wikipedia