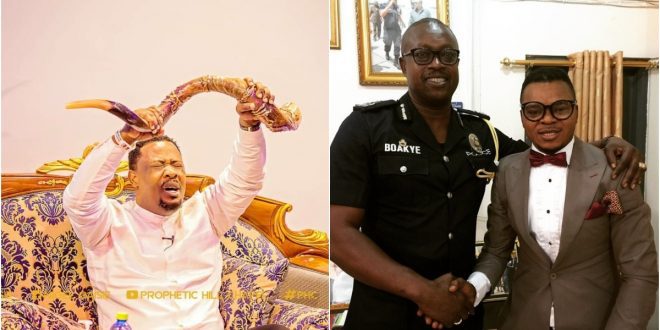 Head pastor of Prophetic Hill Chapel, Prophet Nigel has disclosed that Ghanaians should stop criticizing Obinim because he is a true man of God.

According to him, he saw Obinim in heaven along with some English Speaking pastors in the country.

He said even though he does not support some of the things Obinim has been doing like generating lotto numbers, he still believes he will make it in the Kingdom of God.

“As for the good English speaking preachers I didn’t see most of them in heaven. I saw this man, controversial man, Obinim, I saw him in heaven. Amen. Let’s not judge,” Nigel said.