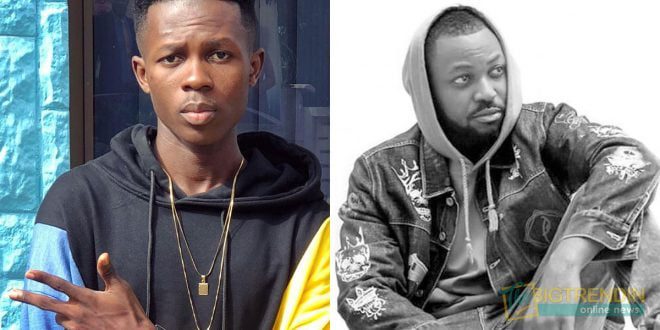 “I respect Yaa Pono too much to get into a beef with him”- Strongman.

Rapper strongman has reacted to some claims by Netizens online to get into a beef with Yaa pono.

According to strongman in an interview with mzgee via skype on TV3.

Yaa pono is like a godfather to him and he respects him so much to get into a beef wiith him.

He revealed that he knew yaa pono long before he met sarkodie and holds him in very high esteem.

Strongman revealed that even though he is not afraid of anyone in the Industry, Yaa Pono is one of the last people on earth he wants to have a problem with.

“Yaa Pono is like a godfather to me…so there wouldn’t be any battle of that sought. I knew Yaa Pono like two years before I even got to meet Sarkodie”.

“This game, respect is very necessary… so for me I do respect a whole lot of people in this game that is why when someone comes to disrespect me, I feel bad….I do respect people who came before I came…I will only choose to reply a beef in case some throws a shot at me.” he said