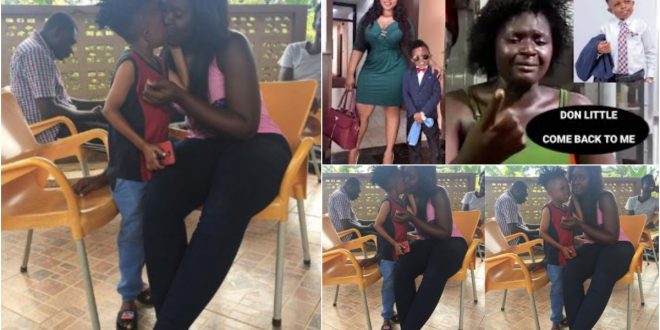 ‘I regret accepting Don Little’s proposal, He is Breaking my heart’ – Gifty Owusu

Gifty Owusu Nunu, The beautiful Girlfriend of Kumawood actor Don Little is claiming she is not being treated well by the actor after she accepted his proposal. she claims he is breaking her heart.

In a video composed by happy day TV, a channel on youtube, it captures Gifty weeping and according to her, she rejected all other men who were queuing to be in her life for the love of Don little only to realized that Don little has left her for America with another lady.

This said Gifty was once in the news shortly after rumors of her relationship with the actor came out. she was granted an interview where she disgraced Don little as she claimed he is not a man. Here she is now crying over don littles decision to leave her just because she sees Don Little as a rich dude now.