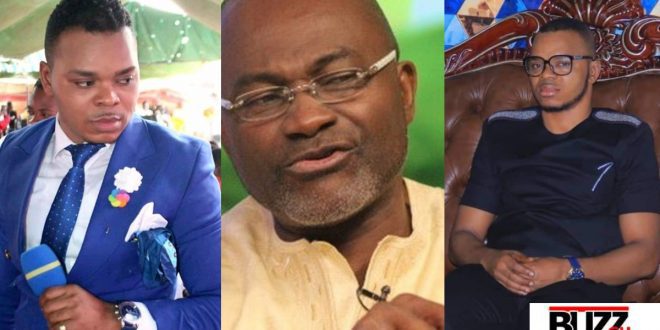 Member of Parliament of Assin Central, Kennedy Agyapong has disclosed that he is the strong force behind the arrest of the founder and general overseer of IGWC, Bishop Obinim.

A few days ago, Obinim got busted by the CID of the Ghana Police service. Initially, people thought that it was based on Kenedy Agyapongs expose’ on him that got the police on his tail but that seems not to be the case as he was later charged with Publication of false news and Forgery of documents contrary to sections 208 and 159 of the Criminal and other offences Act, 1960 ( ACT 29) respectively.

ALSO READ  "Obinim made me sleep with my Biological sister"- Junior pastor of Obinim exposes him.

According to Kennedy Agyapong speaking in an interview on Kumasi-based Hello FM, he was the one who forwarded the case to EOCO for Obinim to be arrested.