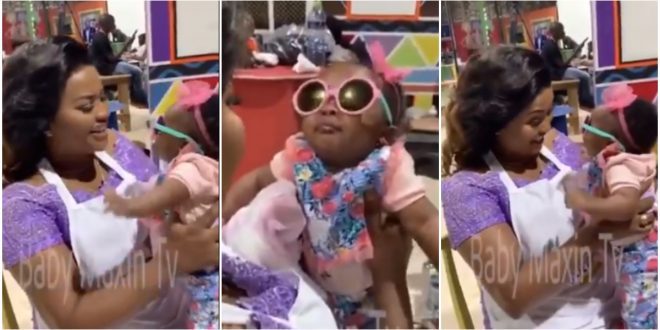 She made this revelation during an interview she was granted by Kwaku Manu on his Aggresive interview show aired on YouTube. The interview covered matters from the beginning of her career to her marriage and childbirth.

It could be recalled that Nana Ama made headlines in the major news both local and foreign after a video of her licking her daughter Baby Maxin popped up days after given birth to her in Canada. talking on this matter in the interview made her revealed she has even eaten her poo before.

The delectable actress explained that while she was serving herself food and in the process of eating, her daughter pooed and it splashed into her meal as she was changing her diapers at that time.

watch the whole video below: