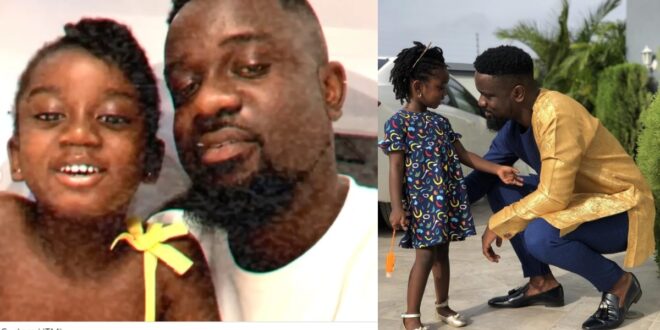 The musician, who has 4.3 million Instagram followers, posted a nice video to honor his daughter’s fifth birthday, which is today, March 28.

In the film, he is seen playing with his daughter while scattering her hair, which she quickly dresses back to its original look as a young lady.

He also expresses his love for her in the video.