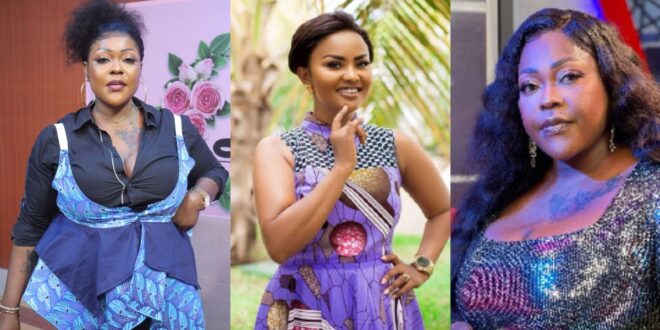 Mona Gucci formally apologised for her attitudes to the humiliation she had been exposed to at  United Showbiz last week.

The media personality went on social media to make several accusations against them after she was humiliated by Nana Ama McBrown and Kwame Aplus.

She appeared on the Entertainment Analysis show this afternoon and she commended Despite Media for the support she was shown even after the case.

She was angry with what Mcbrown did to her, according to Mona Gucci, and what made things more frustrating is that she likes the actress very much.

She clarified that even the love she has for McBrown can proven by her mother, so she feels deeply saddened by her behavior.

The host of Kantanka Tv says the pain and anger forced her to make some remarks on social media and other sites, so she apologizes.