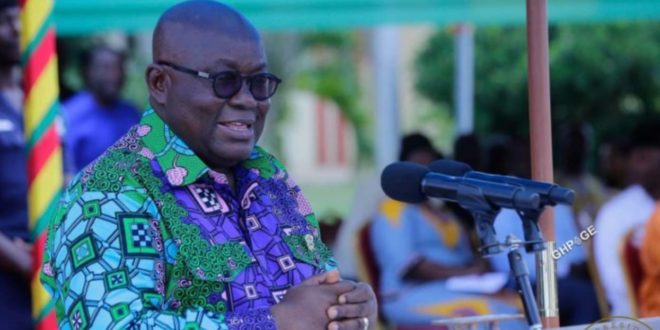 Nana Akufo-Addo: “I look young and smart because I don’t take alcohol”

The incumbent President of Ghana, Nana Akufo-Addo has revealed the secret behind his young and energetic look despite being in his early 70s.

According to the president, he is crediting most of his well being to the fact that he is a strong adherent of the country’s local dishes and these foods always keeps him healthy.

“I live a relatively straightforward life, simple, my pleasures are very simple, good food, tasty food. I’m a firm believer in the Kontomire even the corned beef stews and those are things I eat.” The president said.

Aside from eating well, Akufo-Addo said he lives a life empty of alcohol. He revealed that he stopped taking alcohol about 26 years ago and he believes is a great contribution toward his smartness and young look.

“I don’t drink these days. I stopped drinking in 1994″ he said.  “I wasn’t drinking when I was a minister. what I used to take was water and soda water.”

Akufo-Addo also said he owes his well-being to the Grace of God – adding that prayer will keep you younger and very active like he is at his age.