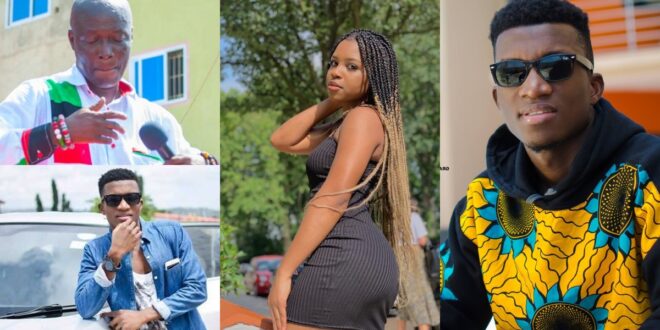 “I like kofi Kinaata, i don’t mind giving my daughter to him to marry”-Nii Lante Vandepuye

This is attributable to his undying affection for the singer, according to the former Minister for Youth and Sports.

In an interview on Joy News ‘PM Express Personality Profile, Mr Vanderpuye unveiled this on Friday when he talked about his favorite Ghanaian musicians.

He listed that Shatta Wale was his favorite as a flickering music enthusiast, but became a Bhim fan when Stonebwoy grew strongly at one stage.

He inferred, though, that the multiple award recipient, born Martin King Arthur, was his favorite from October 2020 to date with his best of all time being the behind-the-scenes song.

“I am willing to offer my third daughter to Kinaata when he is ready to marry just because of this song which I love so much. “He has a great lyrical prowess and I just love his Fante too as someone married from that part of the country,” he declared.