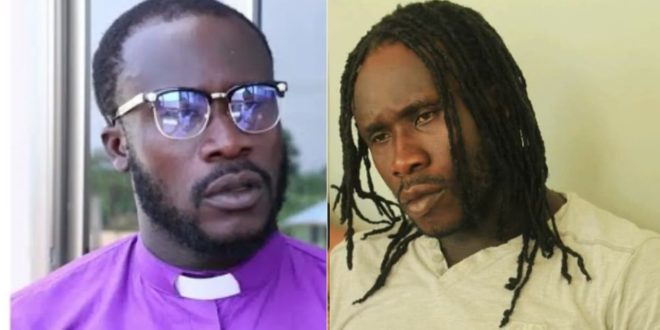 I Introduced Over 62 People Into Weed Smoking – Ras Nene Reveal

Kumawood actor Ras Nene, known in private life as Akwasi Antwi, has opened up on his ‘evil’ past life while speaking with Zionfelix as he has disclosed that he taught sixty-two (62) people how to smoke.

Speaking on the Uncut show, Ras Nene who often plays thug roles in movies disclosed that these people who fell prey to his bad influence included both men and women from the streets of Kumasi.

The Kumawood actor went ahead to advise that the smoking of weed comes with a lot of threats if you do not take care as he gave a sad incident that happened to one of his friends who is currently paralyzed due to the habit of smoking.

ALSO READ: Check Out This Amazing Photo Of Wanlov The Kuborlo And His Children

He also disputed claims that wee makes people go insane. according to him, mental challenges are not part of the many effects of wee rather, it is hereditary or certain forces from someone’s family.

Ras Nene stated that he didn’t experience any mental issues throughout his years of smoking. He stressed that it is a big lie if people think smoking would make people have mental challenges.

Watch the full interview below: