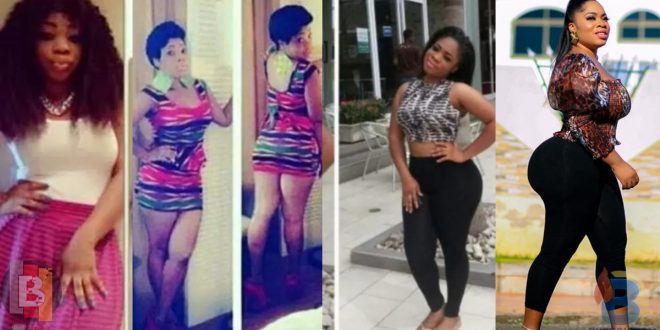 Moesha Boduong admits she invested $200,000 dollars to get the perfect type of buttocks and hips she always wanted.

She stated that she performed the surgery twice in the US and the second one cost her $100,000.00.

Prior to opting for the operation, she used to exercise at the gym, but she was gaining weight and her body form was deteriorating, so she had to accept the surgery.

She said that after having the operation, she did not think for what she eat and how much she ate.

Her weight kept growing and her curves became less prominent.

She then chose to go for another one, and since then she’s been very cautious with her food and her fitness.