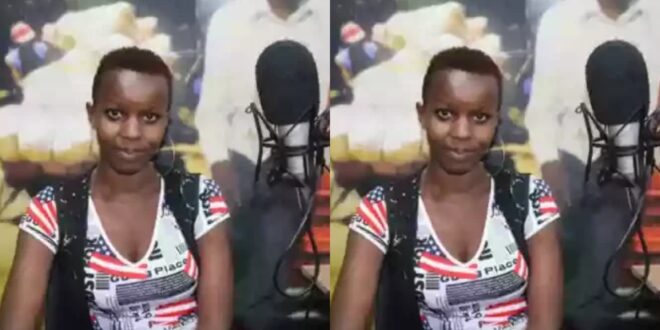 On Thursday mid-morning, Kenyans were served by one Cecilia Wambui to a startling revelation of her path through life, experiences with various men, and abduction by demons.

About her early high school life, the candid lady spoke up where she had to drop out of school to get married because she got a boyfriend with a TV, a radio and a DVD player. They had never had those stuff at her house.

“Kabla shule nimalize, nilipata chali. Since chali yangu alikuwa na Telev, DVD na radio, I wanted to marry. “We never had stuff like that in my father’s house,” Cecilia on Ghetto Radio said.

The marriage did not last long, though. She got fed up with marital life, at some stage in her pregnancy, she aborted the child and fled her married to Nairobi where she had received a link to work as a home aid. She was a Westlands employee.

“I came to Nairobi and worked in the Westlands as a housegirl,” Cecilia said.

When she was in the Westlands, she began to hook up with various guys. She revealed that she had more than 100 married men in bed. She had boyfriends as well, but their relationships never lasted longer than four months.

Cecilia recounted how she came to be plagued by demons and had odd visions. She would also dream of going to the mortuary and having sexual relations with dead bodies. For a moment, this issue irritated her.

She agreed at some point to seek support from a preacher who insisted that she pay 6,000 Ksh for deliverance. She struggled to raise that money and proceeded to maintain the same spiritual relationship with the dead.

watch the videos below.