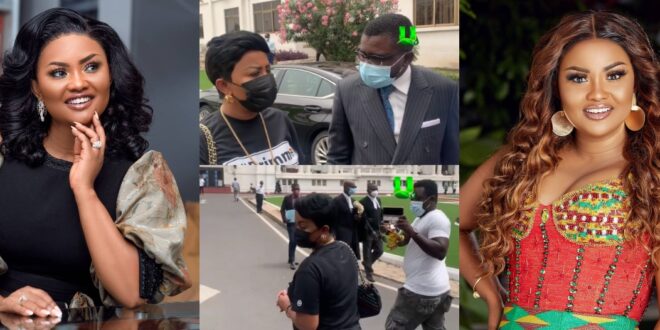 Nana Ama Mcbrown just finished testifying in court on Bulldog’s case today, and as is customary, some reporters asked her for more details.

When the reporters wanted to get facts from her about what transpired in the courtroom, the once bubbly character became hostile.

Nana Ama Mcbrown listened to the reporter’s inquiry and then said to her counsel, “I don’t think we have much to say, right?”

The prosecutor nodded and walked out without looking at the interviewer.

Many people have called her actions disrespectful, but other others believe she did the right thing by not responding to the interviewer in order to avoid getting into trouble.