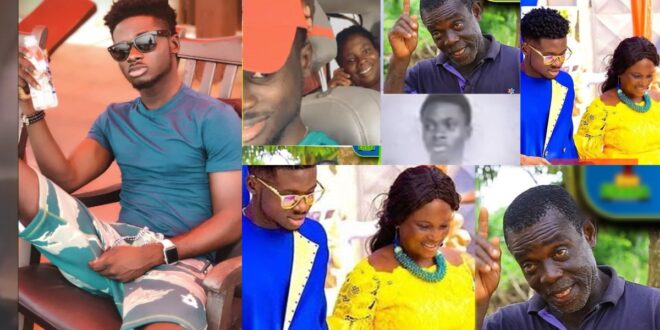 The father of Kuami Eugene, Mr. Samuel Kwasi Boakye, once again made the headlines in his search to meet his son and recognize him as his father.

The 61-year-old man cried his eyes out in an interview on Kofi TV as he recounted his hustles and past hardships that brought him some years ago on the road to abandoning his son.

He also disclosed that he is going through trouble in order to be accepted by his son, he is still fighting high blood pressure because of this.

When I think about all of these things and the struggles I go through just to see my son, it’s disturbing. I’m currently suffering from high blood pressure because I still haven’t been able to meet my son. When I listen to his songs on radio, I weep,

he called on the Ghanaians to support him beg the singer to forgive him.