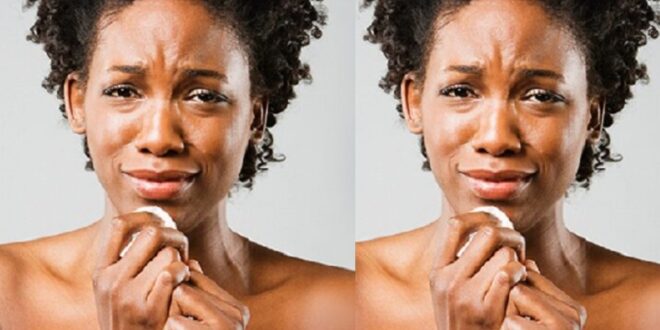 The woman claims that three years after marrying her husband, she fell in love with her ex-boyfriend again.

The following is a letter from a perplexed woman to David Bondze-Mbir, a relationship counsellor:

My husband was driving me to work – last year, when I saw a familiar face, opposite the Neoplan bus stop. The traffic usually was intense in the mornings on that route; yeah, that’s how I got to see him.

He used to be a former course mate, at Legon. We used to date too. We dated for Three (3) years.

Dave, he looked ‘mad’: so dirty, and in tatters. I recognized him immediately, and I believe he did too when he saw me. He drew nearer to my husband’s car, and then, smiled at me.

My husband also saw it, and even burst into laughter. He knocked on the glass, but I wouldn’t roll it down.

My husband asked who he was; I was lying about his identity when he called out my name. My husband read his lips, so he heard him.

The vehicles ahead of us – started moving. We drove along slowly, but this guy wouldn’t stop following us. He walked or run by my husband’s car, depending on the pace.

My husband even switched lanes, just to frustrate him, but he kept jogging and trailing our car, till we eventually got the opportunity to speed off.

I don’t know what could have led to his present state of mental illness, but I know he never returned to school – the following semester, after our breakup.

I couldn’t tell my husband about him. The thing is, I accidentally met him again, in traffic, last year, September, 15, and I stopped by his side, to talk.

He could carry on a meaningful conversation. He was speaking impeccable English. I bought him yoghurt, water and food, and paid a Waakye seller, to feed him lunch and dinner, that day. I asked him to wait for me the following day, at the same place/time, and he did.

I brought him some of my husband’s used clothes, and also, cooked for him. I found out where he laid his head at night, and got food vendors, to feed him every afternoon and evening, for Four (4) months. I paid for all that.

Dave, I found out from friends who remembered him, that he stopped schooling, and kind of, checked out because he couldn’t deal with our breakup. I left him for a ‘Sugar Daddy’. That was in 1999, at the University.

In our numerous talks, whenever I passed by his area, he wouldn’t stop telling me how much he loves and misses. I didn’t tell my husband about all this.

I have been married to a very wonderful, young man, for three years, and I just found out that I am seven weeks pregnant. On the 12th of February, 2017, my husband travelled for three weeks. And on that same day, I called in sick, at work. But I wasn’t sick. I needed the day off.

I took my friend home, to shower. I changed his clothes and gave him new sandals. I took him to the Barbering shop to have his hair cut.

I had earlier on, discussed him with a former colleague at school, who is now a medical doctor at the 37 Military Hospital, to do a round-up checkup, on him. I brought him back home from the hospital, cooked for him, entertained him for hours until it was late.

That evening, he forced himself on me and raped me. Well, I don’t know if it was ‘all’ rape, because I gave in to him at a point in my struggle, willingly. He apologized to me afterwards and then told me he hadn’t been with anyone else, since he stopped schooling.

I dropped him off at his usual junction, and then, that was that: I tried to stay away from him. I haven’t stopped paying for his feeding (through Mobile money) every week – to two food vendors. And, I mostly call them to know about how he is doing.

I think I might be carrying his baby. My husband is happy about our first pregnancy, but I am totally confused. I certainly did not tell him about the events that took place, and I don’t plan on doing so, however, I think I have started developing feelings for my friend.

Maybe I enjoyed his sex better, as compared to my husband’s. Maybe I miss or can’t stop thinking about him. Maybe I still care about him, maybe I never really got over him. Maybe I am feeling all these things because I could be carrying his baby.

His checkup results were all clean. He is very healthy. Even his HIV result was negative.

I am just confused.”

ALSO READ  New video: Diana Asamoah goes on her knees in front of Ga Traditional Council and begs for forgiveness